Impingement of the femoral nerve

A few months back I had a call asking if I could squeeze in an emergency appointment, they had been suffering for two months with pain that week by week was only getting worse. They were sure the catalyst had been doing a few hours gardening and lifting some compost bags, but couldn’t put their finger on what they had done.

The GP had XRAY’s of the hip and femur, blood tests and pain killers prescribed, luckily everything came back clear, but this was not the issue. All the pain, discomfort to the leg was not coming from the leg itself, but the back.

After testing them it was very clear they were suffering with Femoral nerve impingement and from here, due to a number of factors, he was referred straight to a Nuffield Health physio, whereby he was seen by a specialist consultant.

Dealing with a compressed nerve is something only a professional should be doing. Once inflamed and trapped deep and vigorous massage in the wrong areas can actually increase pain and cause more compression to the nerve.

Tears And The Road To Recovery

8 Reasons for getting a sports massage

Agony of the Ankle

My top tips after a sports massage

Stuck between the foot and hip can be a bad place to live. Knee pain explained.

How can you move house safely? 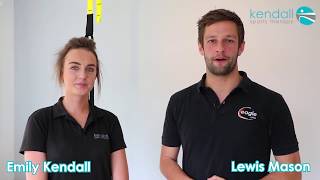 A visit from Lewis Mason from eagle radio